I first made this quilt about 15 years ago when I lived in Texas. I know that sounds odd, but I made a quilt just like this. I did free machine quilting on my Pfaff. I happily hung it on my wall. Then a good friend of mine announced that she was moving because her husband, who was in the military, got orders to Germany. 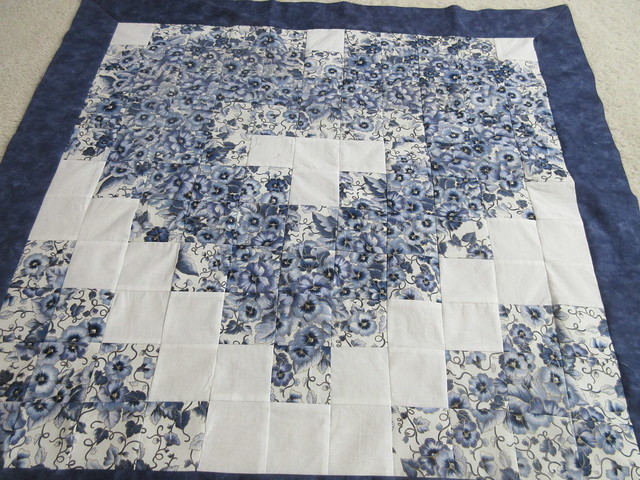 She led a group called Mother's Heart for many of us ladies in church. It was sort of a book club. We met once a month for fellowship, prayer, and to discuss the current book.

Having sensed a deep pain in my heart, she had also greatly invested into my spirit.

I gave her my quilt. That was the only way I could think to thank her for everything.

I had plenty of the blue chintz-like fabric to easily make another quilt.

And I finally did. All it needs now is the final quilt sandwich and the free motion quilting. Then it will hang again on my wall.

In the meantime, my friend surprised me with an unexpected gift. About a year after her move, she surprised me with this lovely bowl. She wrote a lovely note explaining that her husband and son had made a trip to Poland, where they make beautiful pottery. There was a bowl very similar to the quilt. And now I have this lovely bowl as a sweet memory. 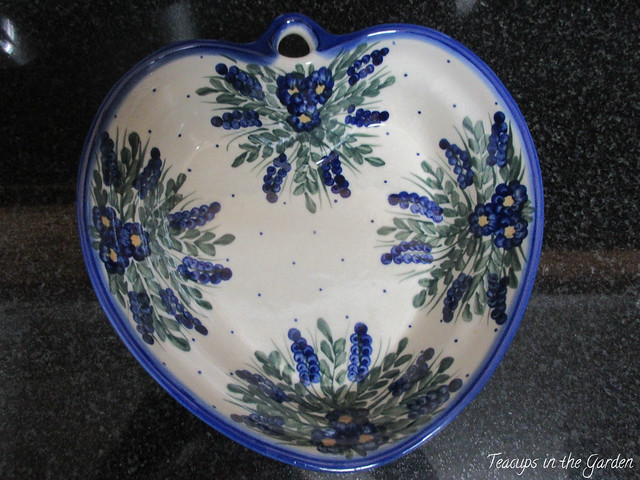 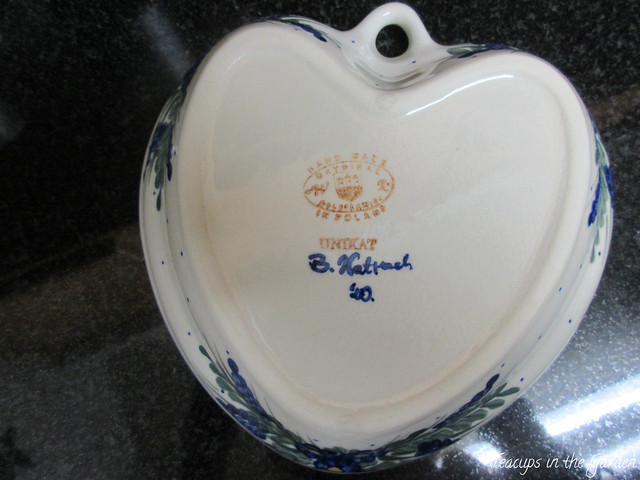 Posted by lahbluebonnet at 8:49 PM No comments: Links to this post

I first learned of Jinny Beyer years ago when I lived in Texas. I had discovered HGTV back in the glory years of the early 2000s, when so many wonderful shows were on throughout the week.

One of those shows was Simply Quilts by Alex Anderson. I learned a lot from those shows, and one of the quilters I met was Jinny Beyer.

Years later I moved to Northern Virginia where I happened upon her quilt shop which happens to be located near her lovely home which has a fabulous 18th century garden!

As I recall she designed this quilt around a garden. Imagine the pathways that meander around various flowers found throughout the garden.

In 2015 Craftsy offered a free on-line sewing class with Jinny Beyer. The only cost was materials and of course Jinny provided her lovely fabric that she designs herself, complete with patterns that she also designed. The videos were accessible at any time. The on-line community helped one another out. Directions were also available from class site to print out, along with the patterns.

I learned a lot with this quilt. No two blocks are the same. New skills are introduced with each block, and new skills are built upon old skills. Lots of options were available such as the option to sew by hand or machine.

At long last I had a finished quilt top. 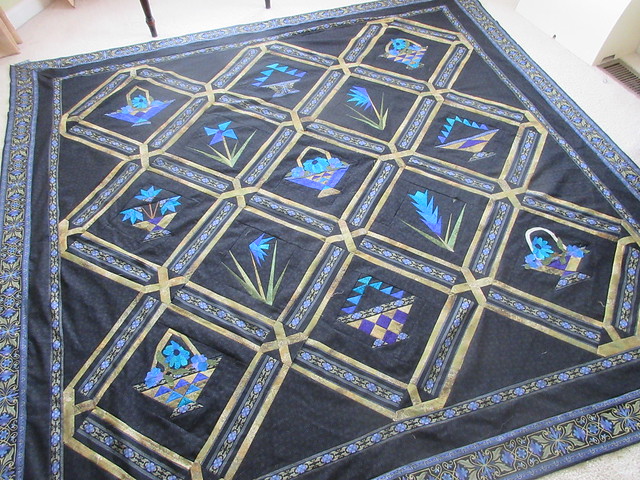 My plan is to get some thread to match the vibrant blue for the final quilting stitches after the quilt sandwich is made. Stay tuned for that!

The class is still available, here.
Posted by lahbluebonnet at 7:31 PM No comments: Links to this post

A Page for an 18th Century Valentine's

Once upon a time, John  escorted the lovely Margaret to a dance. After he returned her home, he found her glove in the carriage which prompted an exchange of verses.

Tis that I offer thee."

And you are too old for me."

A few months later they were married, during which time they continued to exchange verses.

And now for the rest of the story:

Margaret Lowther was a poet from New York. She met John Page, a widower, when he served in Congress (then located in New York City) in 1790.

John Page was also a poet who wrote about political issues, such as Shay's Rebellion and the Virginia Statute for Religious Freedom).

After Thomas Jefferson penned the Declaration of Independence, his friend from college, John Page, wrote, "We know the race is not to the swift nor the battle to the strong. Do you not think an angel rides in the whirlwind and directs the strong?"

Last autumn I got to visit John Page's home of Rosewell Plantation. Read about his home and family, here.
Posted by lahbluebonnet at 8:00 AM No comments: Links to this post