Inspired by the 18th Century 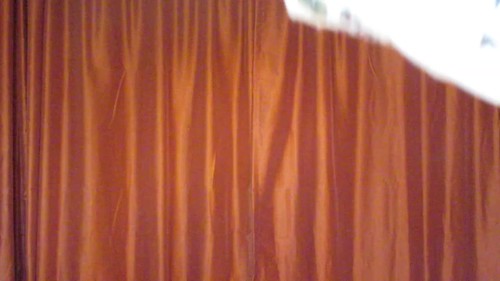 Posted by lahbluebonnet at 11:29 AM 2 comments: Links to this post

Of Plymouth Plantation, an Economics Lesson-Rhetoric

A recent research project put me to the task to read Of Plymouth Plantation, Bradford's History of the Plymouth Settlement, 1608-1650. (My particular version happens to be a 1909 translation of the 17th century work.) 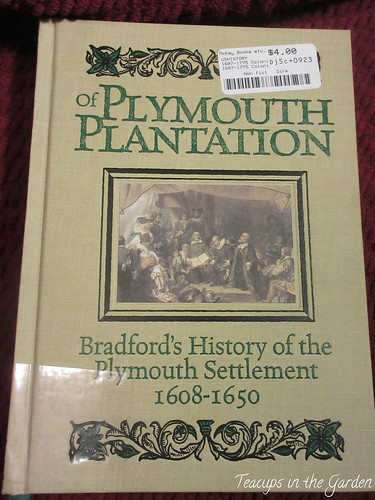 Classical education is all about the Great Books and original sources. This memoir written by Governor William Bradford was an interesting read, especially after years of reading modern secondary sources. Much of the Pilgrim story has been left out of the modern narrative.

One of the most interesting things to read about was Bradford's thoughts on their failed socialistic venture. Oh...wait. You didn't know the Pilgrims lived in a socialistic society? Neither did I until I homeschooled my kids. I don't remember where we read it, but it was an oft repeated theme in a few books we studied.

The Pilgrims' venture was funded by a joint stock company that arranged a communal plan, the sharing of crops, to eventually pay back the loan. By the way, the Jamestown colonists were funded in the same way. Yet, as the Pilgrims failed to work under the plan of share all and share all alike, they starved.

The failure of this experiment of communal service, which was tried for several years, and by good and honest men proves the emptiness of the theory of Plato and other ancients, applauded by some of later times,-that the taking away of private property, and the possession of it in community, by a commonwealth, would make a state happy and flourishing; as if they were wiser than God. For in this instance, community of property (so far as it went) was found to breed much confusion and discontent, and retard much employment which would have been to the general benefit and comfort. (p115)


The Pilgrims are greatly revered to this day as the near perfect society of a next to perfect people. Yet their character fell to greed and laziness under the economic system of socialism: sneaking corn when no one was looking, picking corn before it was ripe and before another beat them to it. The women did not even want to do other peoples' laundry or cooking as they had been originally assigned. They felt like slaves.

If all were to share alike, and all were to do alike, then all were on an equality throughout, and one was as good as another; and so, if it did not actually abolish those very relations which God himself has set among men, it did at least greatly diminish the mutual respect that is so important should be preserved amongst them. Let none argue that this is due to human failing in them, that God in His wisdom saw that another plan of life was fitter for them. (p116)


"At length, after much debate the Governor...allowed each man to plant corn for his own household...so every family was assigned a parcel of land, according to the proportion of their number." (p115)

"This was very successful. It made all hands very industrious, so that much more corn was planted than otherwise would have been by any means the Governor or any other could devise, and saved him a great deal of trouble, and gave far better satisfaction." (p115)

Oh...by the way, the Jamestown colony also failed due to socialism. When they employed capitalism...they, too, had success.

Here is John Stossel's video of the very same story.

Here is Stossel's write-up of this very same story.

And here is Prager U video about the Pilgrims.

And I recommend this simpler book which talks about the socialist v capitalist efforts of the Pilgrims.

Posted by lahbluebonnet at 7:48 PM No comments: Links to this post

Squanto and the Miracle of Thanksgiving by Eric Metaxas-Classical Grammar

Veggie tales...veggie tales...um, wait. I simply can't seem to get that theme song out of my head whenever I pick up an Eric Metaxas book. I had no idea who he was when I bought this book years ago, when my college kids were quite little! 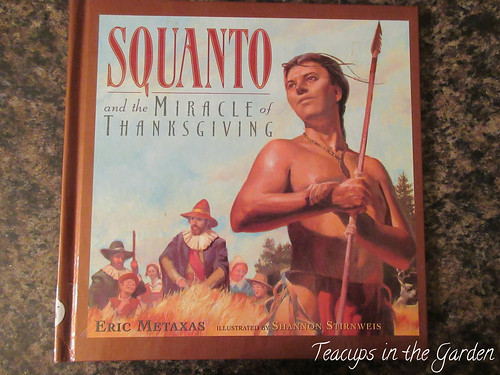 Squanto and the Miracle of Thanksgiving became our favorite Thanksgiving book. Beautifully illustrated, it tells not only the beloved story that I adored as a little girl, but also reveals much of the untold story of Squanto. As often as I had read about Squanto while growing up, I learned that his life was far more complex than previous books had let on.

I learned that Squanto lived in Spain. Kidnapped into slavery, he was mercifully purchased by a monk who taught him about God. The monks sent him home to America, via England. But it would be another five years before he returned home. Five years later, finally...home. Home at long last. Except...everyone had died...

This book is a must have for the young children in your home. And I promise it will be a keeper for generations to come...
Posted by lahbluebonnet at 3:28 PM No comments: Links to this post

All you ever wanted to know about the Pilgrims (well, almost all) for kids! 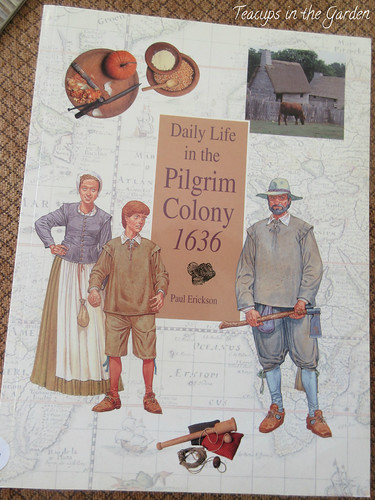 Daily Life in the Pilgrim Colony 1636 by Paul Erickson is one of our favorite homeschool resources from our dialectic years.

Both photography from a historical site and historical paintings fill this book of short topical themes that dig deeper into the lives of the Pilgrims than most books typically cover.

One of the most fascinating stories we read was of how they were funded by a joint-stock company, just like the Jamestown Colony. Thus they were established as a socialistic society...that failed. (As did Jamestown's.) The remedy for both Plymouth and Jamestown...capitalism!

Posted by lahbluebonnet at 3:03 PM No comments: Links to this post

Although my kids are now in college, I have kept most of our books from homeschooling. Actually I've kept the best books. 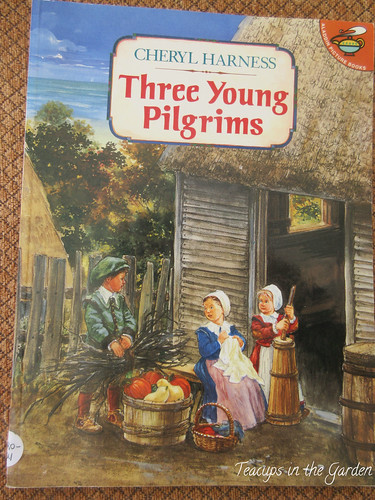 One of our favorite Pilgrim books when my kids were at the grammar level of Classical Education, was Three Young Pilgrims by Cheryl Harness.

A book chock full of factoids was made fun through:
As a historical seamstress, I am especially glad of the "most accurate clothing" rendered in this book. Just recently I was asked about where one could obtain a historically accurate Pilgrim outfit. I have no idea. The best that can be  done is to sew one after the manner shown in these illustrations.

Grammar students focus on facts. This book is full of them in a most pleasing way! Enjoy!

Posted by lahbluebonnet at 2:43 PM No comments: Links to this post