Decorating for my daughter's Wedding

And then one autumnal day we decorated for a spring wedding... 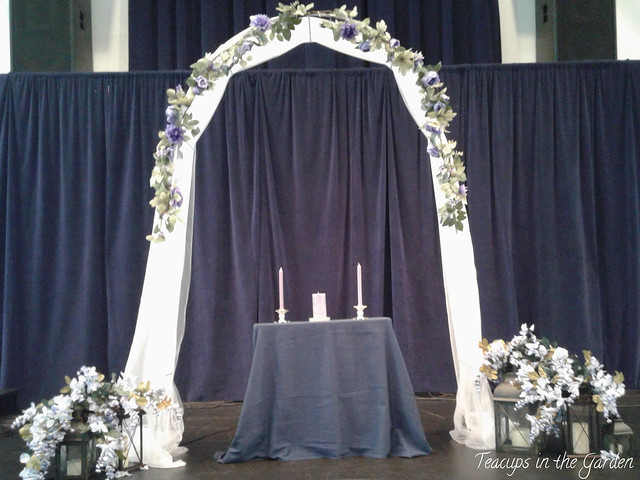 The last few years have been insane for my family. And through it all C and A fell in love and wanted to get married. They had met on the first day of college and have been inseparable ever since.

Last spring we knew of the impending nuptials. Although my daughter had wanted a spring wedding, her favorite time of year, she knew it might not happen. Thus began my offering of many a tip on how to pull off her special day, despite the many hindrances.

Last spring I took her shopping at Hobby Lobby for silk flowers of her choice. If she wanted spring, she could have a spring wedding no matter the weather outdoors. Silk flowers can weather any storm. And I knew how to make bouquets, corsages, and boutonnieres...

When she was offered one date from the church, a day in autumn, she was sad. Everyone else was excited and tried to convince her an autumn wedding would be great...basically because they thought that would be great. She did not want an autumn wedding. I reminded her we could easily do a spring wedding because we had already purchased the flowers.

Although she was on a tight budget, I advised her on how to prioritize based on what was most important to her. Sadly many others tried to persuade her to do what they thought was important. I kept telling her this was her day, so...her choices (as the budget allowed).

No one came to help us decorate in the morning. We had a lot going on so, sadly, I took few photos. And sadly we are still awaiting the official wedding photos.

We had set mini-lanterns down the aisle down which we had spread purple flower petals. The mini-lanterns had been donated to her and she was so excited about them, I suggested we use my large lanterns from Colonial Williamsburg for the stage to create a theme. She liked that idea a lot and arranged flowers around that.

We did a range of blues and purples since blue was his favorite color and lavender was hers. 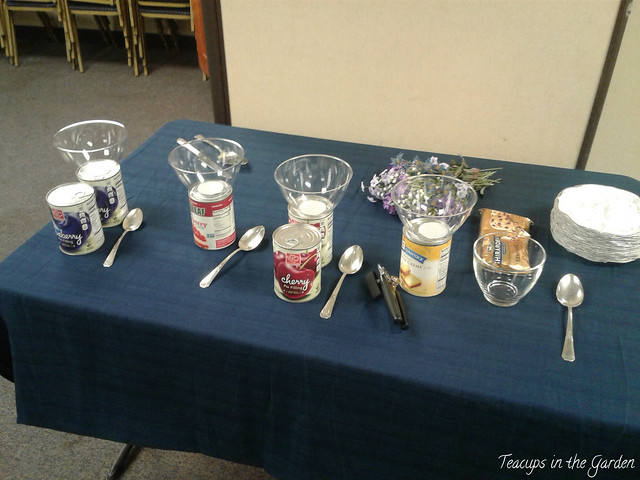 Neither A nor C are too keen on cakes. So they decided to do cheesecake, which was his favorite dessert. Her favorite food group is fruit, so she grabbed her favorite cans of fruit toppings so everyone could customize their own cheesecake. 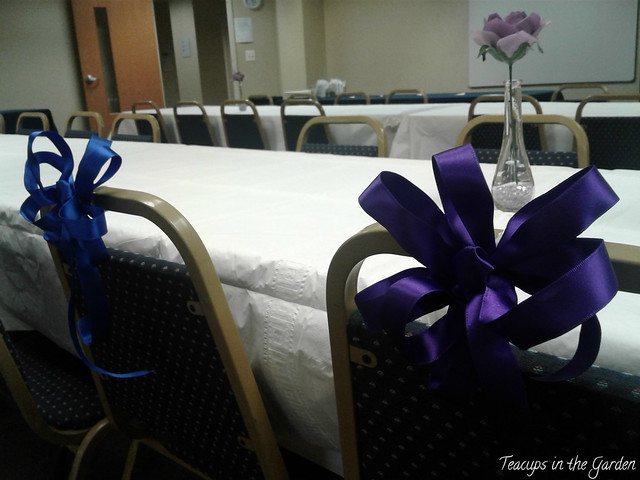 These floral arrangements on the tables were an idea my daughter had. We worked on them one day in a corner of the seating area of Wegmans. She wanted these itty bitty lavender beads to go down a narrow neck of the vase to hold the flower. Trouble was it took forever to get those itty bitty beads down that itty bitty neck. I forget what we did, but we tried several different scenarios...or we'd still be filling vases to this day. We were so glad we had done them ahead of time. And thankfully, each vase came with a cork, so we corked each vase, placed each one in a small box just large enough to hold all of them. That way on this day all we needed to do was carry in the box, pop off the cork, and pop in the flower. There is no way we'd have had time to do anything more than that. We had been given only an hour to decorate the church, and then an hour to decorate the reception hall, so everything was rush, rush, rush.

The plan was to do the rehearsal dinner at Uncle Julios, but they turned us down because they don't do reservations of 10+ people on Friday nights. Or something like that. No matter. Smokin' Willies of Purcellville kindly and gladly took us and it was wonderful!

Posted by lahbluebonnet at 7:00 PM